A few weeks ago I went to New York City for three days to attend an event called the Teen Vogue Summit. My favorite publication Teen Vogue put on this event for teenagers in the city and when I found out about it, I knew I had to find a way to be there. The purpose of the summit was to bring together young activists and ‘change makers’ and to teach us, inspire us, and start us on the path to making real change in the world. I can definitely say they succeeded in this. I thought I’d come on here to talk a bit about my experience and whether or not I think this event was worth the money. 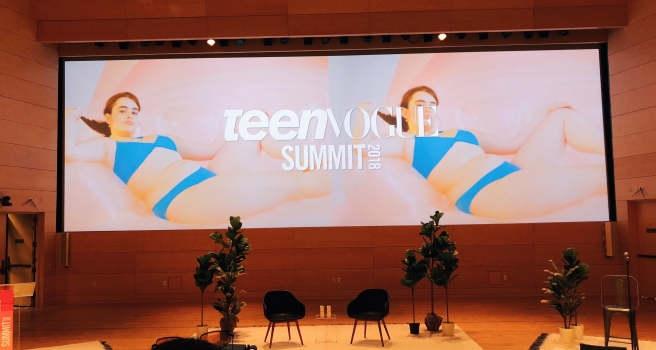 I expected the event to be well organized since this was the second summit they had put on (the first was in LA last year), and overall it was pretty well thought out, but their was definitely room for improvement. Here are some of the downsides to the event in my opinion.

1. They crammed a lot of speakers into two days

I was so excited to see every single speaker and panel that they had, but they planned it so that we were sitting in an auditorium for hours on end with barely any breaks. I was disappointed by this because I feel like I could have appreciated and absorbed more of what the performances and speakers did and said if they had been more spread out.

2. The food options were inclusive of dietary restrictions, but weren’t very good

The breakfasts were okay because they offered vegan pastries and yogurt but still weren’t filling or satisfying, and the lunch options were bland salads without much else.

3. The workshops were short and not very productive

Each attendee got to choose which workshops they wanted to participate in. The first one I chose was one with planned parenthood that focused on organizing campus activism events and the second one I chose was on how to design clothes for people with disabilities. The Planned Parenthood workshop was fun because I got to meet other girls from all over, but they rushed us through the activity and I didn’t feel like I actually learned anything about organizing on campus. Secondly, the designing for disabilities class was too short for the planned activity and barely anyone actually understood the activity. 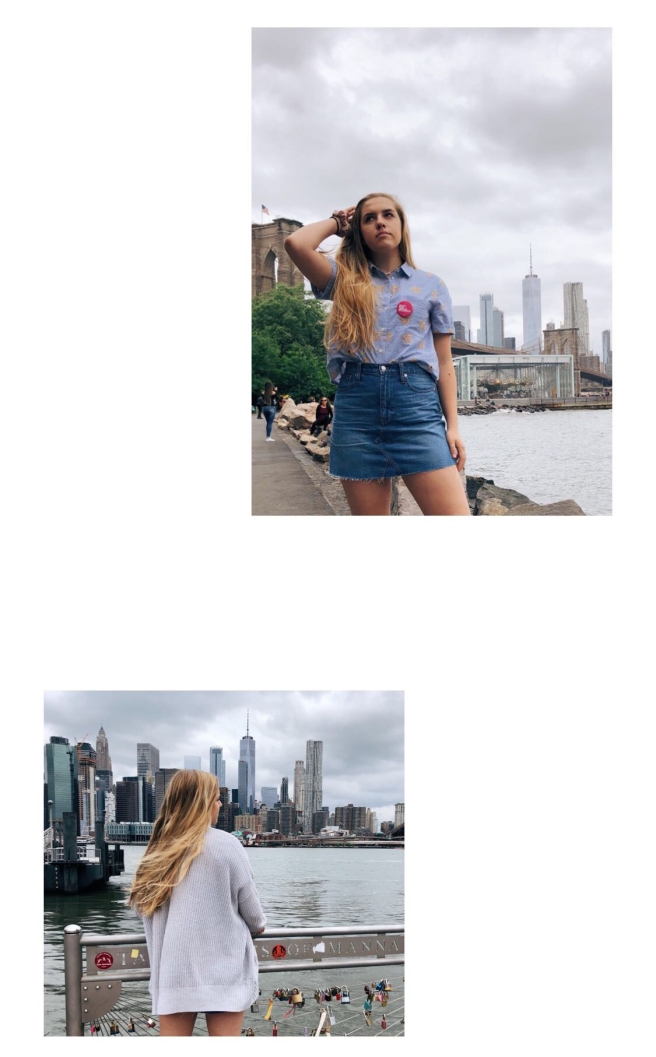 Admittedly, I had a hard time even coming up with negative things to say about the summit because the positives far outweighed the negatives. So, in a more positive light, here are some of the things I loved most about the Summit.

1. I was able to meet lots of different people and make like-minded friends

I learned so much from just talking to the other teenagers there and I even made a couple friends who I hung out with outside of the summit and who I’ll probably keep in touch with for awhile!

2. The speakers were passionate and diverse

The speakers and performers that Teen Vogue asked to come were of many different races, ethnicities, genders, sexualities, and religions, etc. and all had unique stories to tell. Because of this, barely any of the speakers repeated or reiterated the same ideas, for each had a specific cause they were fighting for. For example, Danica Roem, who is the first openly transgender woman to serve in state legislature in America, spoke about the danger transgender women of color can be in when simply walking down the street, whereas another transgender woman spoke about the her gradual realization that she didn’t fit in her original gender.

3. The speakers were of all ages

It would have been easy for Teen Vogue to only have invited older and more seasoned speakers, but they didn’t! There were speakers like ‘Desmond is amazing’ and Naomi Wadler (10 and 11) as well as speakers like Cecile Richards and Al Gore (60 and 70). I appreciated this because obviously this event was for young people but also because it showed that Teen Vogue is truly making an effort to shift the incorrect perspective that young people can’t make a difference and also the incorrect perspective that older generations can sit back and leave all of the work to the young people. Ultimately, it was powerful to see teens and younger kids in conversation with adults being given a voice and full respect.

4. The events were spread out all over the city

I originally thought that the entire summit would take place at the New School main building but it turned out that there were many opportunities to do activities all over the city. I liked this because I LOVE NYC and I was sad that we would be spending practically the entire three days inside one building. The first outing was a ‘teen night’ at the Metropolitan Museum of Art which was I enjoyed because I love art and I was able to explore the museum with new friends! Then, on the second day there was a rooftop yoga class (free for summit attendees) at the Free Hand Hotel with the insta-famous teacher Claire Fountain (@cbquality). Lastly, the ‘day of action’ activities took place all over the city and various burrows. The activity I signed up for was petitioning for Planned Parenthood in Brooklyn. I enjoyed this thoroughly and afterwards I was able to go to my favorite place; the Brooklyn Flea Market.

5. We got lots of free gifts

I came home with new Outdoor Voices athletic leggings, popsockets, a tote bag, water bottle, etc. This was especially great because these were all things I actually needed and Teen Vogue picked these companies specifically for being ethical and having noble goals. I would be lying if I didn’t put this down as a positive, but I do want to make it clear that it was the things I learned, people I met, and activists who spoke, that made the entire experience incredible.

All in all, I would say that the Teen Vogue Summit is definitely worth the cost. It was an inspiring and educational experience. The next summit is this winter in Los Angeles, and I am hoping to go, so maybe I’ll see you there ;).